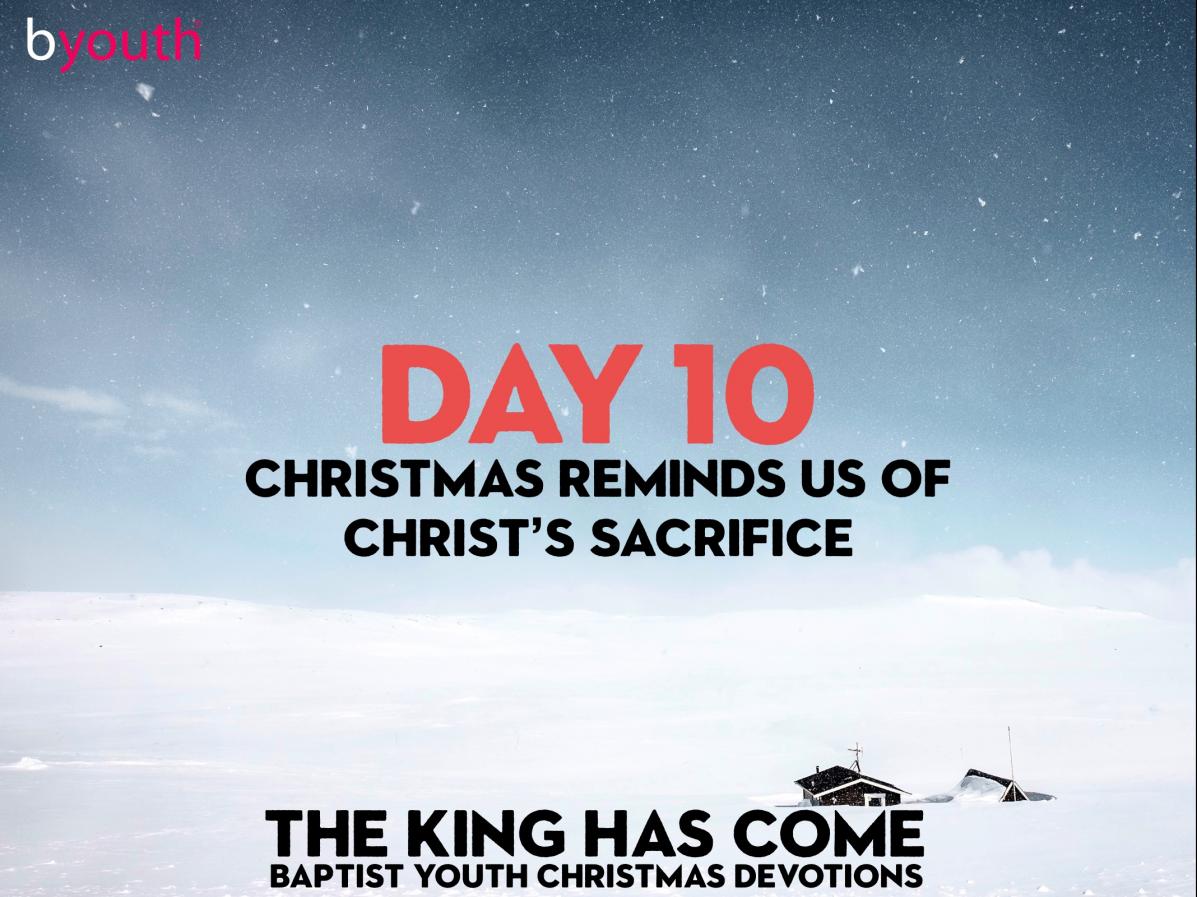 9 For you know the grace of our Lord Jesus Christ that though he was rich, yet for your sake he became poor, so that you by his poverty might become rich.

Christmas can be a great time to watch movies. When it’s cold and dark outside, it’s nice to just chill by the fire with the family and forget about the work that you should probably be doing. I recently watched a film called 'First Man,' portraying the life of astronaut Neil Armstrong. It  showed his and NASA’s mission to beat the soviets in the race to become the first man to ever walk on the moon. Neil himself had lost many colleagues because of their involvement in the space race. However, in 1969 he left his wife and two sons behind in order to fulfil his ambition. He risked everything and, in doing so, inspired millions of people.

Throughout history, we can read of many other examples of those who sacrificed everything in order to achieve a greater goal. As great as some of these sacrifices and accomplishments may be, including that of Neil Armstrong, none are quite as incredible as the sacrifice shown in 2 Corinthians 8:9 above.

Think of what Jesus was giving up when he came to earth. He was leaving the splendor of heaven to come to the brokenness of this earth. In other words, Jesus made the ultimate sacrifice. Yet, in the verse we have read this morning in 2 Corinthians, notice why Jesus made such a sacrifice. Paul writes 'so that you by his poverty might become rich.' This is the great exchange!! Jesus sacrificed his riches for our poverty so that we, in our poverty, could become rich. What a sacrifice!!  Sacrifice is the heartbeat of the Christmas story.

May God strengthen you to serve him in everything you do today, using the gifts you have been given for his glory.

1) What might God be asking you to sacrifice so that you can experience a more personal connection with him today?

2) What aspects of your life and gifts that you might possess are you willing to use in order to advance Gods kingdom.

God, thank you for sending your Son and sacrificing him for us so that we could be free from sin. Help me to remember this every day and be thankful for the mercy that I’ve been shown. As I further reflect upon your sacrifice, may I in turn sacrifice everything for you. Thank you for the many sacrifices your people have made throughout history in spreading the Gospel and Lord I pray that I might be able to do the same.